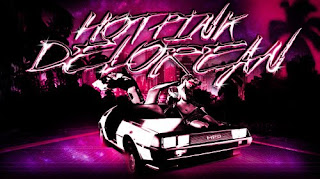 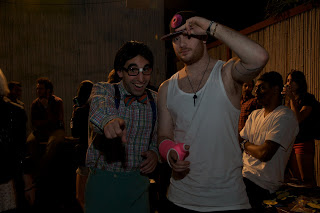 Being the worlds biggest Back to the Future Fan, any group with the name "Delorean" in it is sure to catch my attention. {And anyone else with a passion for flux capacitors for that matter.} Mix in some "Hot Pink" and you've caught the attention of all the Bodacious babes as well. But it's not just their name that makes "Hot Pink Delorean" such a deadly combination. It's their music, style and chemistry that keep them rocking crowds in the past, present, and future. Yeah, this is heavy.
Just type in their name on Hypem.com and you'll get a bazillion remixes from this Electro trio. They have been sprinkling their flavor on names ranging from Laidback Luke, Steed Lord, Enur, & even Beyonce. It seems as if these guy's really have been traveling through time and space to create all the remixes that they do. You can also catch them touring around a city near your rockin' pink and spinning some Mc "Fly" dj sets that will have you feeling like your "Back to the Future"
I first ran into these dudes back in 2009 at The Overthrow's infamous Black Sunday party as they capped off WMC that year. This Year, Murkem and I got to catch up with group member Jon, as he gave our friend Anthony Nicholas some advice on getting girls in the 305. He eventually advised us to hit up the strip club where he topped of WMC with a final epic dj set at Goldrush Downtown Miami.
Here is the interview along with some pictures of Jon from "Hot Pink Delorean" 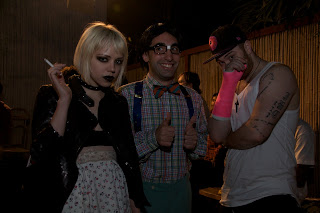 Will wearing Hot Pink help Anthony Nicholas with woman? from Murkem on Vimeo.
Posted by In The Cut at 1:54 PM