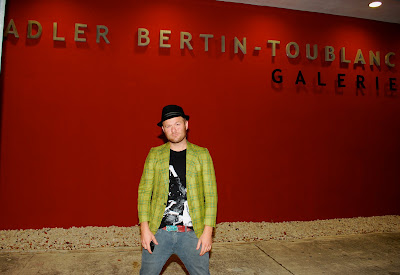 Art, it is all around us. Anything we see, hear, feel, smell, touch, imagine or dream can be translated into an extraordinary work of art. It's only the truly creative mind that can look at something we normally take for granted, and transform it into something truly eye-catching.
Stian Petter Roenning is one of these remarkable minds.
Whether it's a brush & some paint, a camera and a lens, or a pad & a pencil, there are endless ways that the human mind can express their artistic vision. Stian's art seems to take profound shape when he is behind a camera.

Saturday, April 11th 2009 was an annual art walk held down the aesthetic city streets of the Wynward arts district in Miami. I made my way to "Adler Bertin Toublanc", a french art gallery that houses some of Stian Petter Roenning's works. I couldn't remember the last time I had ever been in an art gallery, but needless to say, "Adler Bertin Toublanc" surely opened my eyes to a staggering world that I had surely been missing. I was greeted by Stian at the door, and he quickly took me on a tour of the place and upped my knowlege of some very famous artists that I had ignorantly been missing out on.

Stian seems to have this creative aura that surrounds him, and when we toured the gallery, I felt as if I could leave there and create a masterpiece. He has two rooms in "Adler Bertin Toublanc" that house his most innovative of art collections. The first collection he showed me, part of his "voyeristic" collection, is a series of enlarged 35mm photographs of a subject in a swimming pool. His photo's hang on the wall and engulf you in an ocean of aqua as you gaze upon them and wonder what the heck he was thinking about when he snapped these. The first work in this collection, "Gordita", portrays a very large woman peacefully floating on her back in a large blue pool. Here, take a look. 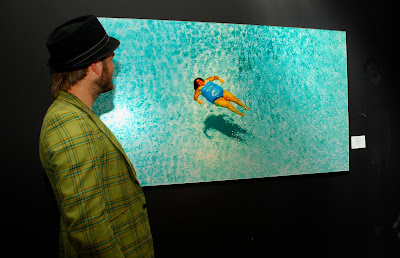 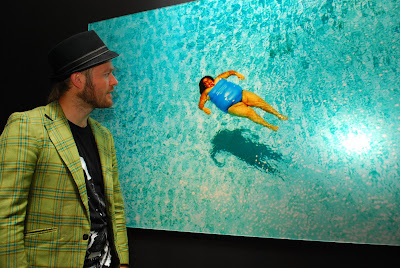 Stian continued to tell me how he got his inspiration for "Gordita" and how the rest of his voyeuristic collection unfolded. He found himself high upon a 16th floor balcony in an apartment building overlooking a beautiful blue pool. He spotted a pleasantly plump woman just floating there peacefully. He knew he had to snap a picture of this but he didn't have a camera on him, so he asked the residents in the apt he was visiting, and they gave him a 35mm camera with a zoom lens that he used to capture this lady in her moment of nirvana. After Stian had this picture developed, he knew he was on to something, so he continued to go back to this apartment building and snapping pictures of interesting people swimming in this pool.

Have a look at the rest of this outstanding collection. 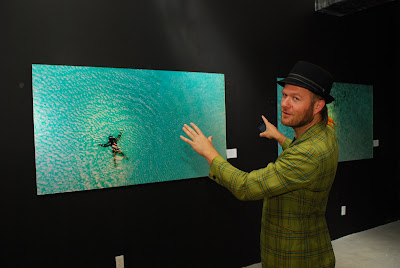 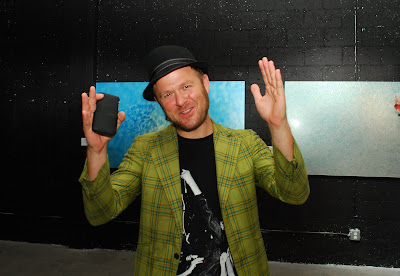 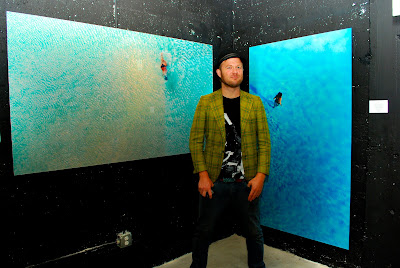 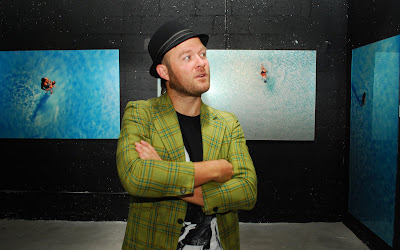 We made our way upstairs to Stian's more obscure work, "Quadrupeds" in which he collaborated with fellow artist and purveyor of rad "Alexis Mincolla" Take a look... 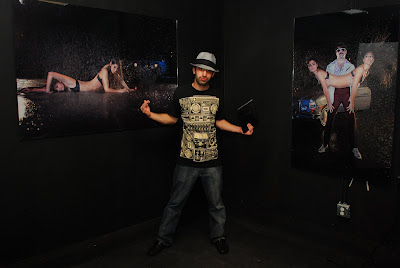 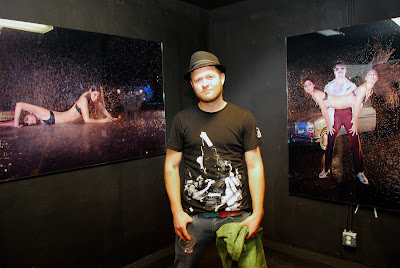 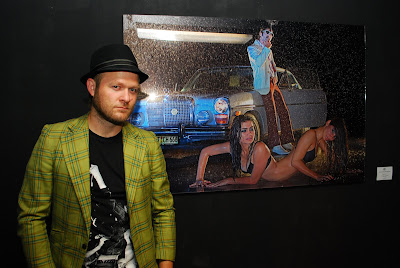 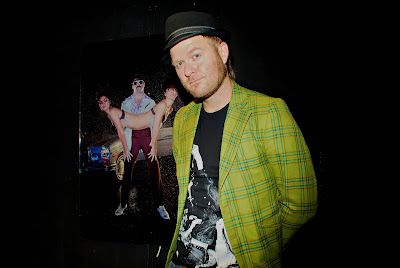 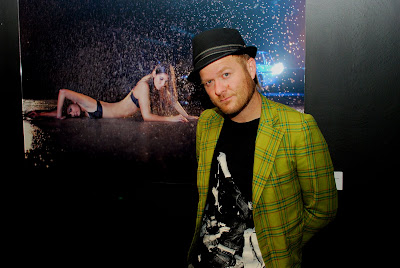 "Quadrupeds", is a one of a kind photo expose which features two beautiful girls who are joined together at the waist, kind of like a Siamese twin. When Stain and Alexis's minds came together , there was an explosion of creativity which resulted in this unique gallery that now hangs in the "Adler Bertin Toublanc".

As creative partners however, Stian has failed to get alot of the credit he deserves for South Beaches' infamous "Black Sunday" party at Bella Rose.... if you have never heard of it check this out...

Anywayz... Since the start of these "Black Sunday" parties, Alexis Mincolla has been getting most of the recognition and praise for this parties innovativeness. In reality, Stian's stop motion video and photography has made these videos what they are today, and what they will continue to be in the future. It should be noted that most all of the murders that you see in these videos were all captured by Stian & Charis Kirchheimer and will continue to push the limits of radness in years to come.

All in all, Stian Petter Roenning's artistic mind will continue to mystify & inspire, and give people a different perspective on the world as they view it. He has many new projects that he is working on right now which I'll keep a secret untill later on. Untill then, stop into "Adler Bertin Toublanc" and get to see his work firsthand, along with all the other great artists that inhabit this gallery.

Be SURE to check out his website here StianRoenning.com