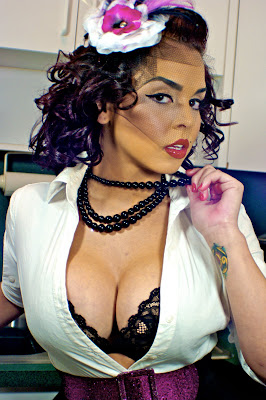 Styling:
K.rod and Carla A.

Retro is defined as reviving a style that is suggestive of a style of the past. With the lack of many vintage styles, retro examples do exist but are distinct from the vintage originals. It was women like Belle Bennett, Joan Crawford, Gloria Swanson and Marion Davies who
started a new vintage era the “Better then Cheesecake” movement, stating that pin ups were just that, ‘better then cheesecake’.


It wasn’t until the 1930’s that pin ups began to take on a whole new role. World War II soldiers began to use these women as a means of hope. They were viewed as famous, available and attractive women, with just the right hint of innocence. From the man’s perspective a woman should own the right to have curves and be voluptuous, thus the curved, hour glass bomb shells you see on the side of an old Supermarine Spitfire, which some would recognize as one of the best fighter planes that flew over European land back in WW2. They were what men wanted and what women wanted to be.

Now, take all that I have said about the pin up girl we used to know, and throw it out the window! Now in days a pin up is viewed as the strong independent kind that takes shit from no one! Yet, she still plays her role of being a nurturing woman. Thus, my inspiration for the shoot: Jennifer Perez, a cosmetologist from the lovely city of Miami we call home, had all of that. Our muse has wanted to be in the fashion industry for as long as she can remember. At a very young age her mother would find wall after wall smeared with her very expensive make up. At 14 she was modeling wedding dresses and putting makeup on herself. Makeup for her is like going from the “everyday mundane, to Bing Bang Pow, Superwoman!” She believes every woman should take pride in the way they look. She once told me, “It’s a certain confidence and attitude women get with just a little bit of mascara and lipstick that makes my job that much more gratifying.” Jenny’s work is her spiritual therapy, the way music sooths the heart.

This photo shoot was for the woman who wears many masks. She bakes, rides a bad ass motorcycle and still has time to kick back on her thrown and have a few bruskis. 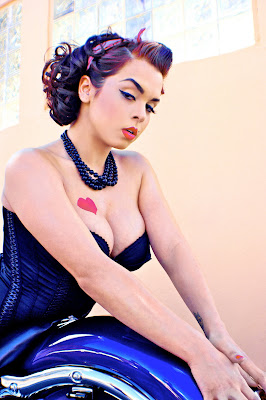 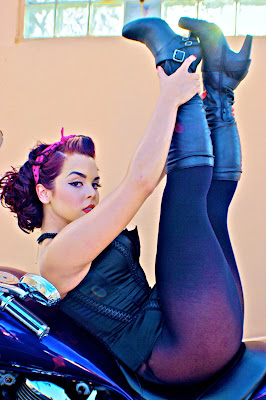 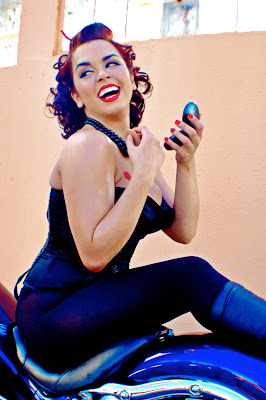 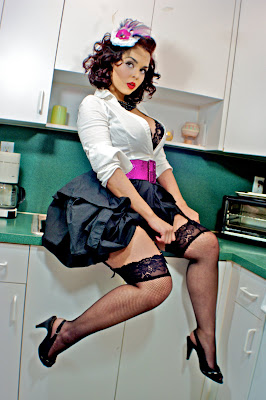 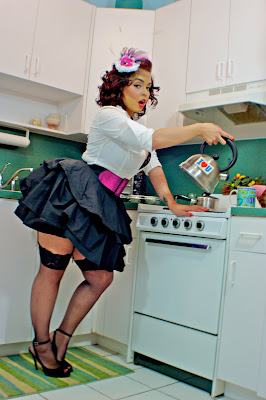 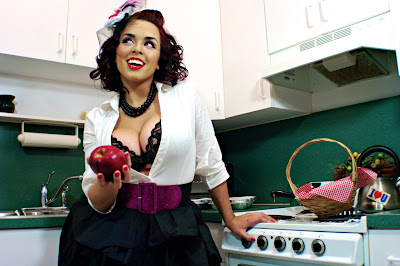 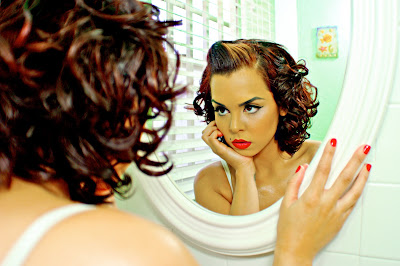 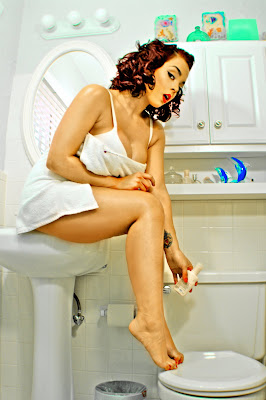 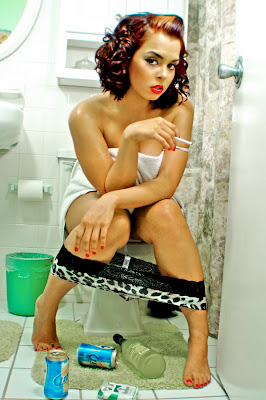