A Night Out with the Guys..... "Stripped" A story by Danielle Alvarez 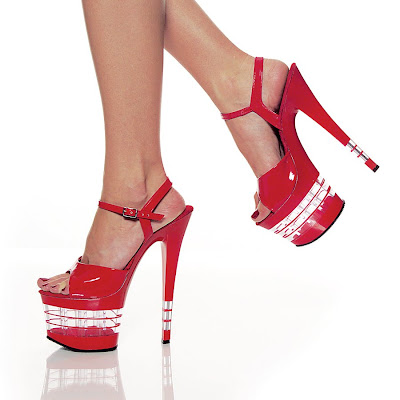 I tell the skanky tale of my first strip club experience.

I’m not a girly-girl. Yes, I wear makeup and enjoy strutting in four-inch heels but I do tend to stay away from pink and have never befriended anyone who owns more than one Hello Kitty accessory. I drink whiskey, not cosmos and will take Tupac over Mariah. I assume it is this lack of sissyness that has, through the years, made me “one of the guys.” I am the girl that my guy friends confide in (usually in way too much unnecessary detail) of their hookups and scams. It must also be the reason why I ended up at strip club one night at 5 a.m., alone with eight guys.

It was a Friday night and I was bored as hell, standing in my new four-inch heels at some douchebag’s pretentious Brickell-apartment party. Coasters were involved and whiskey was not served. As my friend and I were devising our escape, I got a text from a guy friend who had just gotten into town. I get to see this friend maybe twice a year so it took me about three seconds to drop my weak vodka tonic and head to his house, where I thought I would find him relaxing with a few friends. I was way off.

2 a.m. Knock. Knock. He answered the door slowly. Yea he was relaxing, as relaxed as three hits from a homemade water-bong will get you. With eyes barely open and after a hit offering, he stared at me and said “Heyyy..I kind of didn’t think you would come, want to come with us to the strip club.” I laughed. Of course I did. Who wouldn’t want to hit up a strip club with 8 stoners, it sounded like a premise to a Harold and Kumar squeal.

How long does it take to get 8 stoners to a strip club? A while. After several ATM stops (they, in the classic strip-club cliché, needed cash), we arrived. Note: Ladies get in free. I walked in with my posse of chinky-eyes, all revved up with their singles in-hand and couldn’t help but regret not hitting that bong myself. Starring at the blur of nipple tassels, glitter, lights and poles, it seemed a drug would compliment the scenario perfectly. Through my incessant giggle I kept repeating in my mind, “This shit only happens to me.”

We sat down and bought a bottle. Yes, apparently you can pop champagne outside the champagne room and $150 later, we did. As “one-of-the-guys,” my posse appointed me to choose the girls that they would get lap dances from. I took this duty very seriously and after downing 3 glasses, I chose the eight finest from the lineup (the strippers literally walk around the stage single-file so the guys/or girls can take their pick.)

I sat alone with the bottle as the boys went off to get off and still, I could not stop laughing. I heard on the loud speaker that the guest star was about to perform… and did she perform! I will try my best to not get too graphic but lets just say the “sword stripper” arrived in a gold bikini, sword in hand and heels that kicked my four-inch’s ass, proceeded to remove ALL of her outfit with each swing on the pole and ended upside down, clutching her sword sideways in her…lady parts. I stopped laughing… and couldn’t use a knife for weeks.

I know this might sound a little off but as I watched the gold-bikini-sword-clutcher and her “friends” dance around their poles, I couldn’t help but admire their confidence. Yes, strippers have a bad rap but it was hard not to notice that it takes some big tassels to get up there on that pole, in the raw, with complete assurance, and have guys literally starring at your…everything. For one moment, whether induced by the champagne or my delusion of being at a strip club at 5 a.m., I looked up to the strippers. And not just because I was literally looking up at them as my friends were making it rain.

I snapped out of my pro-stripper affirmation fairly quickly and finally dragged my crew home. Arriving at my apartment at 6 a.m. I was still giggling to myself at my insane evening, the night that changed my perspective on stripers, tassels and knives forever. I sat in bed for a while, trying to get the song “Salt Shaker” out of my head and wondered if a night like mine had ever happened to one of those Hello Kitty girls.


We asked around to find out what entrance songs would be ideal for one night out on the pole.
“Disturbia” - Rhianna
“Miss New Booty”- Bubba Sparxxx
“Fantasy”- Ludacris
“Make it Rain”- Fat Joe
“Buttons”- Pussycat Dolls
“Closer”- Nine Inch Nails
“I Wanna Love You”- Akon
“Dip Low”- Christina Milan
‘”Cherry Pie”- Warrant
“Like your ass on fire”- N.E.R.D
Posted by In The Cut at 3:57 PM