Super J at The Improv 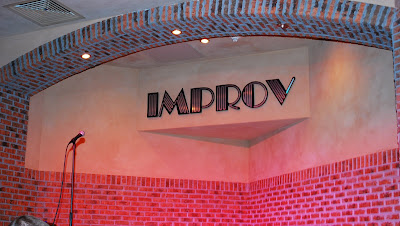 Here at "Be Scene" one of my main focuses is to bring you what I think is the hippest & freshest styles and trends before they hit the mainstream. I've always known I've had a knack for discovering new talent, so I am here to introduce you to a fresh new face that soon will have a big impact on the comedy scene. His name is Jordan Garnett aka. Super J. 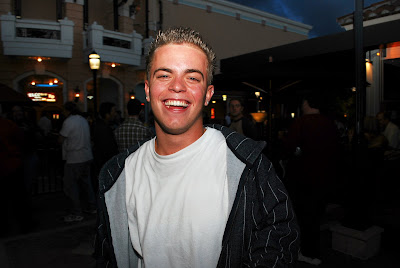 Jordan is only 17 years old, but his sense of humor and delivery of jokes puts him in the ranks of some of the best comedians in the business.I first ran into "Super J " on myspace about a year ago. Check it out here myspace.com/jordanissohot
At the time, he was hosting a weekly podcast that had me rolling on the floor in hysteria every time I heard it. He was only a freshman or sophomore in high school then, but he already had half of the school following him online and anxious to hear what antics he was up to from week to week. Aside from that, he was also posting hilarious video's on youtube reminiscent of old school Tom Green videos, but with his own unique twist.

Check out his Youtube Channel here.. Jordan On You Tube

After realizing what comedic potential was shining through this young man, I decided to hit him up and try to get a project going for him in the studio. My idea was to create a kind of comedy album for him similar to the style Adam Sandler used to do before he started making Blockbuster movies. It never went through quite like I had planned however, because both of us had crazy busy schedules. Nevertheless, I had stressed to him that he should take his love for comedy and hit the stage and do some stand up. Needless to say, that's what he did, Hard.

Tuesday, March 24th 2009 was open mic night at the improv and Jordan's first time ever hitting the stage. Me and A bunch of Jordan's close friends, family & fans came out to support him. Butterfly's in his stomach and first time jitters were hitting him hard as he thought of all the big name comidians like Dane Cook and others who bombed the first time they went on stage. There was alot riding on his performance becuase the funniest new comidian gets a shot at $300 and a chance to open for all the top headlining comedians that come into town to perform at the improv.

Jordan was competeing against 14 other comedians who had plenty more stage experience than he did, and had been doing stand-up Much Much longer. I must say, I was nervous just waiting for him to get on stage because most of the other comedians were pretty damn funny. When Jordan hit the stage though, he had the audience captivated from the moment he set foot on the wooden stage. For a First-timer, he had the audience roaring with laughter as he not only told funny jokes, but he used his youthful energy to deliver a comidec presence like non other that the audience had ever seen before.

At the end of the night, after they tallyed up all the votes, Jordan had won first place, and beat out all the other comedians who had stepped on stage with him. He will now be in the finals on April 21st 2009 to compete for the grand prize I mentioned earlier. His family and fans went balistic and showed him mad love when they heard the great news. here are some pics I took of Jordan tearing up the stage. His teacher was there filmng the whole thing, so if I can get ahold of the tape, I will surely share it with you all. 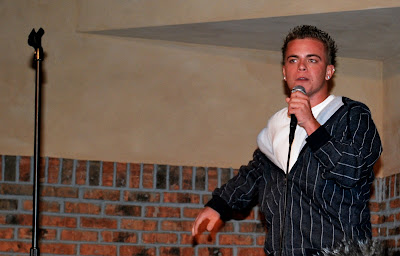 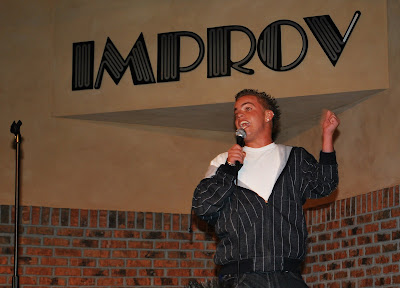 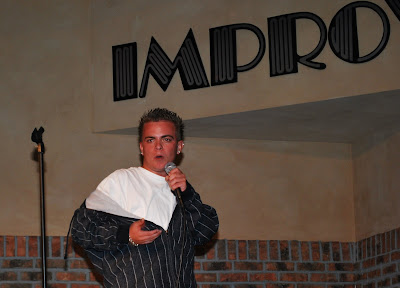 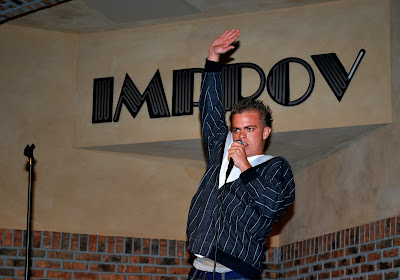 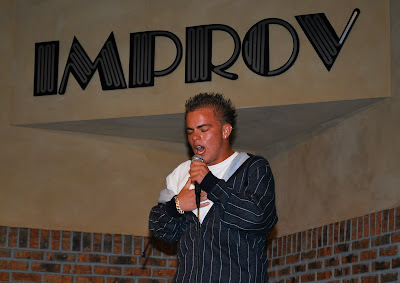 Ahhh The Glory of hard work and persistence... 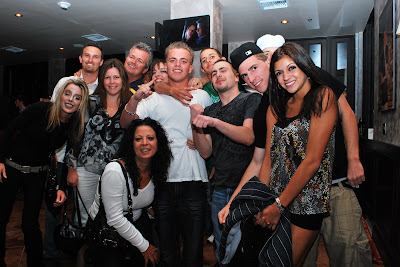